This privacy policy sets out how this website (hereafter "the Store") uses and protects any information that you give the Store while using this website. The Store is committed to ensuring that your privacy is protected. Should we ask you to provide certain information by which you can be identified when using this website, then you can be assured that it will only be used in accordance with this privacy statement. The Store may change this policy from time to time by updating this page. You should check this page from time to time to ensure that you are happy with any changes.

We may collect the following information:

What we do with the information we gather

We require this information to understand your needs and provide you with a better service, and in particular for the following reasons:

We are committed to ensuring that your information is secure. In order to prevent unauthorised access or disclosure, we have put in place suitable physical, electronic and managerial procedures to safeguard and secure the information we collect online.

A cookie is a small file which asks permission to be placed on your computer's hard drive. Once you agree, the file is added and the cookie helps analyse web traffic or lets you know when you visit a particular site. Cookies allow web applications to respond to you as an individual. The web application can tailor its operations to your needs, likes and dislikes by gathering and remembering information about your preferences.

We use traffic log cookies to identify which pages are being used. This helps us analyse data about web page traffic and improve our website in order to tailor it to customer needs. We only use this information for statistical analysis purposes and then the data is removed from the system.

Overall, cookies help us provide you with a better website, by enabling us to monitor which pages you find useful and which you do not. A cookie in no way gives us access to your computer or any information about you, other than the data you choose to share with us. You can choose to accept or decline cookies. Most web browsers automatically accept cookies, but you can usually modify your browser setting to decline cookies if you prefer. This may prevent you from taking full advantage of the website.

Links to other websites

Our website may contain links to other websites of interest. However, once you have used these links to leave our site, you should note that we do not have any control over that other website. Therefore, we cannot be responsible for the protection and privacy of any information which you provide whilst visiting such sites and such sites are not governed by this privacy statement. You should exercise caution and look at the privacy statement applicable to the website in question.

You may choose to restrict the collection or use of your personal information in the following ways:

You may request details of personal information which we hold about you under the Data Protection Act 1998. A small fee will be payable. If you would like a copy of the information held on you please email us this request using our Contact Us information.

If you believe that any information we are holding on you is incorrect or incomplete, please write to or email us as soon as possible, at the above address. We will promptly correct any information found to be incorrect.

The table below lists the cookies we collect and what information they store. 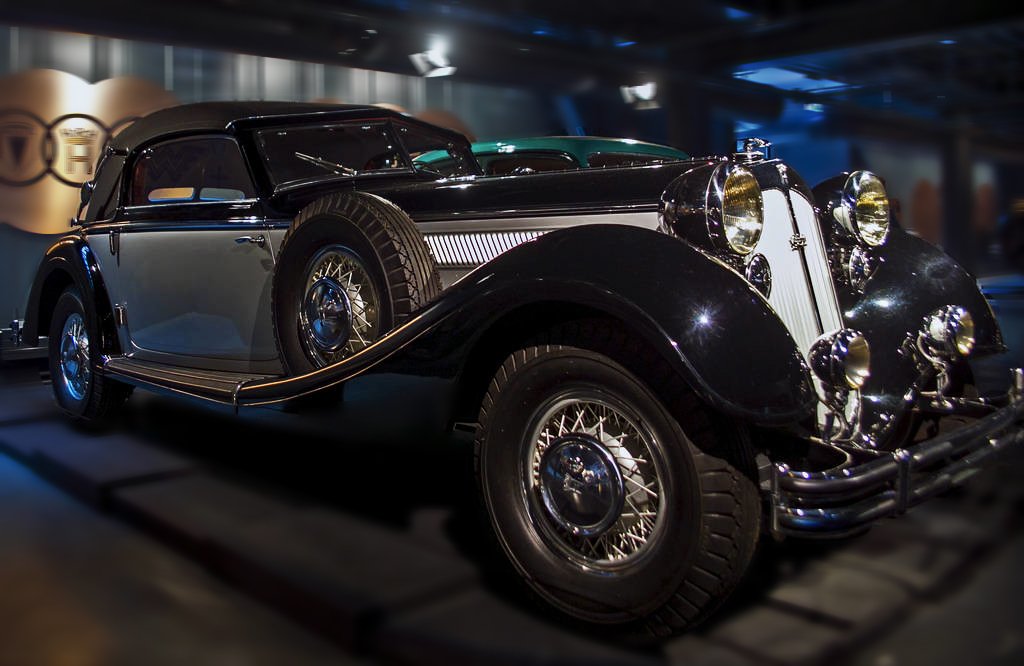 At this year's GuangZhou Auto Show, there is an old car on the Audi booth that attracts a lot of attention. This classic car occupies a prominent position in the booth. This car is the Horch 851. Many friends are not familiar with the horch brand, but in Germany before World War II, the brand was the leader and ruler of the German top luxury car market. Let's take a look at the history of the horch brand. In 1899, August Horch, who once worked as an intern engineer at Mercedes-Benz, left Mercedes-Benz Motor Company and founded his own company in Cologne. This company specializes in car repairs, engine ignition system modification and a small amount of car production. Based on this company, August Horch began to prepare for the realization of his dream, which is to make his own luxury cars.

In 1901, August Horch designed and built the first car, which used front engine technology that was not valued at that time. At the same time, Horch used a single-cylinder dual-piston design when designing the engine. This design first solved the problem of excessive engine vibration at that time and established a new standard for car comfort at that time. As the company continued to grow and develop, in 1904 August Horch and his shareholders established the August Horch & Cie automobile company named after himself. Since the establishment of the new company, the production capacity has been expanding, with annual production increasing from 18 vehicles in 1903 to 94 vehicles in 1907. At this time, August Horch set the motto of the company's development: "In any case, only produce powerful, high-quality luxury cars." Starting from building the first car of his own, August Horch constantly tried to make luxury cars. However, in 1909, the founder of Horch, August Horch, left the company helplessly and created the Audi brand because of disputes with shareholders. Although the founder left, the Horch company still followed the motto that August Horch once proposed. August Horch's departure did not affect Horch's development. Horch created the Horch 23 model during this time, which was very popular at the time. Horch also rapidly developed with this car and its derivative models. As of 1914, Horch's turnover exceeded 5.8 million marks, and reached 30 million marks 4 years later in 1918. This growth rate is very amazing. At that time, the average monthly salary of German workers was only 100 marks. It can be seen that Horch's development rate is astonishing. At the Berlin Auto Show in 1928, Horch launched the "Horch 8" series of models. The launch of this series of models laid the dominant position of Horch in the German luxury car market. The first to be launched was Horch 303, the first luxury car in Germany with an in-line 8-cylinder engine. The price positioning of Horch 303 clearly expressed the status of the car at that time: the basic model was priced at 11,900 marks. In Germany at that time, few competitors were more expensive than it. In fact, many competitors were significantly lower than this price. After the launch of Horch 303, Horch became the only manufacturer in Germany that only produced more than 8-cylinder luxury cars. At that time, Horch has become synonymous with top luxury cars. In 1931, Horch launched a sports convertible car model Horch 670 equipped with a V12 engine. The V12 engine on the Horch 670 has a seven-bearing crankshaft, twelve balance weights and an additional shock absorber, which makes the engine run smoothly and the vibration is very slight. In addition, its hydraulic valve clearance adjuster is far ahead of the times. The Horch 670 is now regarded as a rare treasure. Due to its high price, Horch has only sculpted 58 finished cars for a few rich people before and after, and today there are still few left in the world.

In 1932, Horch Company returned to August Horch again. Horch officially merged with Audi and became Audi's top luxury car brand. In 1933, Horch introduced the 830 sedan, which was no longer equipped with an in-line 8-cylinder engine, but switched to a smoother V8 engine. The Horch 830 has a polished instrument panel, elegant door handles and window frames, as well as large and thick leather sofas and rear armrests. Luxury reflected everywhere in the whole car. The Horch 830 has achieved unprecedented success, making Horch fully confident in its products. In 1934, Horch launched the new Horch 850 series, which has become the most successful car in Horch's history. The Horch 850 series is equipped with Horch's newly developed 8-cylinder engine. The maximum power of this engine reached 100 horsepower. Such a number was very amazing at that time. Among them, Horch 851 is the model that Audi showed at the Guangzhou Auto Show. The configuration of Horch 851 is not inferior even by today's standards. It has a wheelbase of 3750mm, a length of 5550mm and a width of 1820mm. In addition, users of Horch 851 can customize different height car bodies according to their own needs, and its height can reach 1580mm to 1770mm. With the most advanced 8-cylinder engine at that time, the top speed of Horch 851 can reach 125km / h. In addition to the extreme popularity of the Horch 851, the Horch 850 series sports convertible, the Horch 853, was also sought after by European dignitaries at the time. As a sports model, Horch 853 is equipped with an 8-cylinder engine with a displacement of 5L, which is very powerful. At the same time, the configuration on the Horch 853 is very luxurious. Therefore, the Horch 853 is particularly loved by the upper class society of the European continent. With its dynamic and smooth body, elegant and luxurious decoration, it has become a generation of classic. The Horch 855 is a very special model. This car is one of the most representative historical models in Horch's history. It is a special version of Horch 853. It only produced seven cars, which were the private cars of the most distinguished people in the society at that time. It sells for up to 22,000 marks. Summary:
From the advent of the first Horch car in 1901, in just a few decades, it became the most prestigious manufacturer of top luxury cars on the European continent, making countless powerful people competing for it. In addition to using the most advanced technology and the most luxurious craftsmanship regardless of cost, what made Horch succeeded was the original motto of August Horch: "In any case, only produce powerful, high-quality luxury cars", which is the essence of an enterprise, has always been following and practicing, let us see the rigorous of Germans, but also deeply impressed by the persistence of this once top luxury car manufacturer.

How to Install LED Door Sill Lights in a Car?

How does an Aoonuauto Tailgate Light make you safer on the road?